We Are The Underground!

I meet myself on corridor of pain
to cull poultice of saws. Epiphanies
incipient or erroneous come easy
when inebriants ply the esophagus.
Kaylied by coarseness spinules
glisten without glitches.

Attempt is to erase exposure to you:
passage must obtund prickles.
Sadness in my happy spells
harry more than the mopes.
If hominal equations
were spondee-like….

This was not a savage band stealing dawn
from brilliant colors nature-limned,
but foreordained warriors of artful revenge
(wearing jewel-encrusted flak vests,

& pith helmets stitched with peacock feathers),
mobilized into a cunning night army
assailing the bastions of our sanctuary.
The President lost her lover in pink tights,

sheltered for so many years
behind hypocritical walls of secrecy
upheld by corruption & social blight.
Your mother, in short, before she donned

the blue jeans of universal sisterhood,
brandished her switchblade in the face
of the last remnants of rich straight folks
living within antiquated luxury spas.

with shadow puppets of found technology.
Where those with implanted neo-organs
cower in the shame of sameness,
never knowing the thrill of genders clashing again?

One lined up after the other
to be downed on your birthday
twenty or thirty odd coloured beakers in a large metal structure
that holds them all in place
as though you are back in grade eleven Chemistry class
but you have somehow become the experiment,
each beaker containing a different brand of poison:
two dozen ways to kill Socrates, and your friends
choose them all;
it is the cumulative effect that is most pleasurable
for the masses
a bullet riddled body when one behind the ear
will suffice,
and the Spanish run the bulls like clockwork, gore themselves
over a frenzied jagged cobblestone
as you throw each one back, the laughter and cheers
intermingling into some rangy under arm deodorant
horror show,
and later over the toilet, you feel as though you will die
but a working chronological history of liver functions knows better
and when it is their turn you will be every bit as kind,
cracking raw eggs over their naked passed out body
and leaving them in a public park.

In a matter of minutes, A Journey passed,
and past the post it met a long held
‘once upon a time’,
no longer opening its arms, yet he stays,
hopeful within despair, impatient.
And the son will rise, but he won’t know that
love won’t die, when train whistles blow
loud enough to reach the cape,
the vacant half story devoid of his steps,
freshly laundered cottons askew,
he won’t touch but he reaches still,
seeking each destination.

Bicycling below Hidden Falls, I saw a water boom
tucked against a storm sewer at the edge of a cliff.
Water booms are those long stocking-like absorbent ropes
they put in the water when there’s an oil or chemical spill.
This boom was perhaps twenty foot long, and as I rolled past it,
I saw it was twisting in a serpentine fashion.
I stopped my bike and saw it had a face,
that looked like it was contorted from always weeping.
When I looked into the face, which was clenched like a fist,
I saw that the boom was my mother.
My heart sank at the sight of her, dead for twelve years,
yet here she was transformed, and spiraling in the ditch.
She could not talk, she could only make a sucking sound
from her lamprey mouth. I did not know what to do.
‘Is this how the world works,’ I asked myself,
‘that a woman who suffered so much in life
should be dispatched to suffer even worse humiliation,
soaking up the poison that shoot out of our houses.
Or is this just a dream to remind me of her heart,
and her pride, and her wish to take on pain
rather than see it attach to me?’
Weeping, I dragged my mother like a sodden carpet
to the river’s edge, I released her and watched her slip away.
I held my hand over my eyes against the afternoon sun,
that shone on the turning waters like diamonds.

She liked her
crazy juice
all right.
Smelled like
she drowned the
scent of a fifth
of rye whiskey
with an ounce
of Chanel #.5
Had those wild
black velvet
shaded eyes
which suggested
long sleepless
nights,
tangled connections,
hot sparking
wires,
the budding
flame.

Is energetic in early morning:
power-walks miles of trail,
invites her poetry muse
to join her for coffee.

By mid-afternoon, begins to sag,
craves a long, quiet nap
with two sleepy dogs
on a comfortable sofa.

Becomes what she has always feared:
a depleted, difficult, middle-aged woman.
Transforms from lively dynamo
into cranky curmudgeon.

Surely, she insists,
There is someone
Or something
Behind them

I wish I could pack a suitcase
With little parts of me
Accumulating the soul I have been, I am
And that, which I shall be
And walk through the corridors of time
Unafraid of losing myself 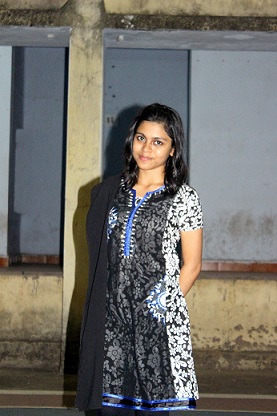 I want doughnuts. The clock says 11 PM. Sounds simple enough. But it’s not. See, I’m a woman and it’s 11 PM and my car is 20 feet from my home and I can’t walk out there to the quiet street and get in my car and go to the store because then, once outside of the store, I have to walk across the dark parking lot to make it inside, get the doughnuts, then walk back from the store across the dark asphalt to my car, my footsteps echoing in the empty lot again. All I want are doughnuts. Is that so much to ask? But I am a girl, so yeah, it is. Seems stupid to some men, maybe, paranoid or crazy? Not to me, not to those of us who’ve seen the surveillance footage of parking lots late at night, just like that parking lot, just like this night, newsman’s voice saying, “and this is the last time she was seen” while black-and-white fuzzy women cross parking lots minding their own business, probably carrying doughnuts, having no idea one of them would be the next news report, heels clicking loudly across the lot, just trying to make it to the car, but not. Then, I get to thinking about why those images cross my mind and what I can do about it. But my mind goes to the things I cannot do. I have these guy cousins who were in the military, not only soldiers but the badasses who trained soldiers and these other guys I see around who lift weights, necks bigger around than my fucking thigh, and other guys I know, they do jujitsu. I have tall friends with shaved heads, Anarchy symbols patched on jean-vests, big hands. Other guys know, these are men with whom you do not fuck. And you know what? Nobody does. While none of these men and none of my cousins are violent—nobody knows that and that’s the card they carry, the one that opens doors. The evil guys see the good guys with whom you do not fuck, and nod in passing.  I want that nod from the gatekeeper of doughnuts, from the evil motherfuckers who keep me stuck in my house tonight. And I want my cousins’ big hands. I want muscles like theirs and eyes that say fuck off like my bald, vested friends, and strength enough to make someone fuck off if need be. I want that privilege of sizing up a guy, like “Yeah, I could probably kick his ass.” There’s hate here, for rapists and killers and thieves, hate inside this small person, this little body, more loathing than could be bench-pressed or beaten into submission, anger—anger and fear that could fill up my arms, my chest, with unmatched strength if bodies were hollow that way and anger were power that could fill one up. If a guy calls me a man-hater for this poem, he ain’t reading it right. I do not hate men. I do, however, hate I don’t have a choice but to listen to the self-defense instructor in my class, going over the bulleted list he gave us on paper, which he reads, and it goes something like this:
“Always be vigilant. Perps are less likely to victimize the vigilant. Never get into your car without checking the back seat first. Carry some kind of weapon at all times. Practice these defenses at home—you’ll need muscle-memory because you will panic in a real-life attack.” Then, there are the scenarios, so fucking many. “Here’s the counterattack if he chokes from behind… if he chokes you from the front…if he gets you on the ground…if he grabs your wrists…if he says he has a gun…if…if…if.” Steely fear etched on our soft minds, as if with a knife that said perp may or may not have.
“Your only goal is to get away, to stay alive. Always strike and run. Strike. Run. Always run. Because—”he emphasizes, “You will not beat him in a fight.”
Our Final Exam is to stand in a room with my back turned, eyes closed, waiting for my instructor to strike from any direction. To pass? To strike. To run. To simply make it out the door. He says we don’t have to take the Exam. I don’t. But what I didn’t know at the time, was someone someday would choke me from the front and choke me from behind, and get me on the ground, and swing a baseball-bat in my face, saying, “I should kill you right now!”
I had no muscle-memory but kicked, rolled, struggled, fought and ran. I ran. Survived.
I made it to the fucking door. I will not be that woman on the fuzzy black-and -white footage. So, no, I don’t go out after dark alone. I watch my back. I carry a weapon. I check the backseat. I know how to pull his eyes out, to bite his lip off or an ear, his dick, to bash his throat with a sharp elbow, to rip at his balls until he wishes they would fall off, to destroy small parts of him, so he cannot destroy all of me. Yet, tonight, the mantra comes back, you cannot beat him in a fight. I didn’t take the Final Exam. Someone did get me on the ground. He had a weapon. And I will not beat him in a fight. Parking lots do not have doors. So, I don’t get doughnuts tonight. But I don’t turn on the TV.